Part 9: The Emperor Has Clothes

Part 9 of a Blog Series Called “How Did We Get Here?” (click here to go to the beginning), the Story of How I was Called to Start Life Mission Church and What Got Us to Where We are Today.

There’s the old “the Emperor has no clothes” cliché to describe when someone is doing something they don’t realize is stupid, and everyone but himself notices, and no one tells him. Well, I kind of had that experience, but kind of the opposite.

Jeremy had told me to start asking people for help, counsel, and prayer as I sought to find out if this is what God was calling me to do. He specifically mentioned our old pastor and mentor, Ron Ohst, Lead Pastor of Grace Chapel of the Coast, our own Pastor Pat Lynch, as well as our mom, and a couple others. I purposefully made a choice not to talk to anyone within theMovement (except for Pat and Marc, who he specifically mentioned), simply because I didn’t want to cause any confusion or anything. So I went to the outside, seeking out trustworthy, godly friends, most of whom were pastors themselves. 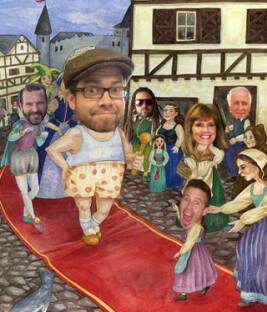 I quickly became very shocked at the conversations I was having. Ted Lawler, of Breath of Heaven Children’s Village in Zambia, Africa, had been a Lead Pastor and church planter for over 20 years, and is one of the most well-balanced, kingdom-minded men I know. I told him that my main objective in my time of prayer was seeking to have God search my heart and expose my motive, and that secondarily was to show me if I’m called to do this. He said “you must have a lot of Catholic in you still; God seems to be birthing a new work in you that you aren’t seeking out and you are feeling guilty about it!” He mentioned that it seemed like I was in a time of “gestation” when speaking of the vision, that it wasn’t quite there yet, but it was in the making. That made sense to me; if this was the gestation period, I definitely felt like I was experience the morning sickness part! 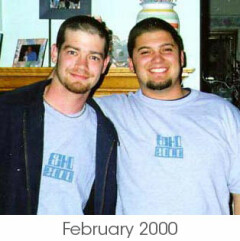 Dominic Balli and I have been great friends since our days at Bible College back in 1999. Dom is a guy who I have always looked up to as someone who has such an incredible ability to step out in faith when things make absolutely no sense!  And God always does something amazing!  He’d been a pastor on staff at Reality Carpinteria before venturing off in faith doing music full-time, and I knew he’d be able to relate to this.

I texted Dom and asked him to call me when he could so we could chat. When he called, I got to the point, and after telling him, he said, “Duuuuude, you know when you texted me the first thing I thought was, ‘Maaaaan, Jobes is gonna call to ask me to pray for him ‘cause he’s thinking of starting a CHURCH!’” (You gotta hear in your mind me doing my best Dom impersonation).  He had a lot of really great, encouraging words for me, and it was an incredibly needed and refreshing conversation for me.

Ron Ohst (who was also the best man in my wedding!) was not surprised at all, and he was very excited. He said it “sounds like classic Holy Spirit prompting going on” in my heart and in my life, to the point where it “sounds unmistakable.” To him, he was sort of surprised that I was not personally convinced yet. But he was also very sensitive in knowing that I really needed to be convinced in my own heart. Ron’s friendship throughout this whole process was invaluable. I could not have gotten to where I am today without him.

Pastor Pat was really stoked and affirmed his support and genuine belief that if God calls me to do it, then it would be an awesome thing. Pat’s help and friendship became an incredible blessing in those following months. And Marc Correll told me that whatever I decide to do that he would be completely supportive. He said that knew that if God is calling me, He’ll surely bring the leaders to come around me as well, and had some really encouraging words to share with me about his own observations in my life.

Even my own mom wasn’t surprised, which really surprised me. I really was half expecting the quintessential “Jobey Michael McGinty, you can NOT go and start your own church!” But in actuality, her response seemed to really reveal that motherly instinct that maybe she already knew, like she was watching from afar; after all, she always did used to say when I was a kid, “I’ve got eyes in the back of my head” (which, incidentally, really scarred me for the better part of my youngest years; I really thought my mom had a set of eyes underneath her hair…used to creep me out).

And all of this was just the beginning. The first couple days. There would be countless more affirming conversations from others in the coming weeks and months. I was shocked. So many conversations filled with excitement and affirmation from so many people I had been talking to.

All of this was quite overwhelming, and to be totally honest, I really did feel kind of like the Emperor who had clothes, because so many people had seen it coming, or were at least not surprised by it.

But there was only one problem. There was one key person that was not convinced.

Unconvinced: Even with all the positive affirmation, it wasn’t enough…not for this.