Part 13 of a Blog Series Called “How Did We Get Here?” (click here to go to the beginning), the Story of How I was Called to Start Life Mission Church and What Got Us to Where We are Today.

It was the night before our last service at 1370 San Marcos Blvd. I texted Pete Christopher and Matt Piro and invited them to have a final hurrah on the roof (the worship team had an “every once in a while” tradition of hanging out on the roof after practice. Probably shouldn’t be publishing this online, but oh well!).  I knew it’d be a surreal and somewhat emotional next day for us, and so I thought it’d be fun to hang out with the fellas for the last time up there.

We reminisced about a lot of things. There were a lot of memories wrapped up in that shell of a building. Jamie, who’d been a regular at our roof sessions, had since moved away, so we sent him some video and hopefully woke him up (it was 1am Kansas time). As we talked about the past and all the fun times we’d had, the conversation shifted toward the future. It was Pete and Matt, my closest friends, and on the inside I was dying to tell them what had been bottled up inside me for over a whole year. But three months had already gone by since our last staff conversations about the church plant, and I knew I still couldn’t say anything, because I had no idea when (or if) this would even happen.

So I kept silent. And it killed me. I knew they could tell something was up, but I held it in.

I drove home crying that night. It was beginning to be too much for me. But nonetheless, by God’s grace I kept moving along.

The following weekend we’d gotten into our new facility on Capalina Rd., and things were pretty dang exciting. I’d gotten especially closer with Pat, Marc, and Pete through the long hours of non-stop work, as well as many of the other folks who spent countless hours upon hours working on the facility. This was a whole new chapter for theMovement, and it was awesome to see the church family rally around this deeper “stake in the ground” in San Marcos.

On July 1st, our first Sunday at the new digs, we kicked off a new series on our vision called “Launch Pad,” and the third week was specifically on our vision to expand and grow. So on July 12th, we four guys had met at Peet’s Coffee in Carlsbad to discuss some of this, and the conversation went towards this third upcoming message and what would be important to share with the congregation on where we were headed.

Before the meeting wrapped up, the church plant came up, and what happened next caught me off guard.

Jeremy started sharing that he’d been thinking a lot about it and was even inquiring in his study on “when a leader has been developed and it’s time to be released” and “when it’s time for a leader to stay and be developed more.” He said that in his time of study that the Lord had showed him that it was time for me to be released, that God had been building me and preparing me for this and that it was finally time. 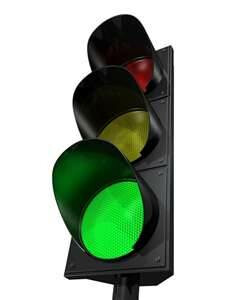 I couldn’t believe my ears. I just didn’t quite expect it. He finished by saying “so as far as I am concerned, you’ve got the thumbs up; you’ve got the green light to start gathering a team and making it happen.”

And at that moment, I had the same thought I got a split second after jumping out of that bungee jump crane:  “wait…what did I just do?”

Needless to say, I was beside myself. After the meeting adjourned, Jeremy and I walked to the parking lot and chatted for another 15 minutes or so. We had a great conversation, talking about how awesome and healthy this would be for our church family, and how it was exciting to not just move into a more permanent home, but also be able to expand the church by sending out a new one; I left really fired up.

I immediately went home and told Katie and made a few other phone conversations with the folks I’d been getting outside counsel from, I started thinking through how this would all flesh out in real life.

First things first:  who was this mystery team?

Have you had moments in your life where you wait patiently, and then after a time of waiting, the thing you are waiting for finally comes to pass? How does that experience teach and train you for future situations? For me, it’s always incredibly humbling, and sometimes embarrassing, when I look back and realize how much I doubted God or questioned His faithfulness. My hope is always that each time I go through something, it becomes a clear reminder to me for the next round of character building.

If I Build It, Will They Come?:  There was no guarantee that anyone would join us…