Part 1: I Never Wanted to Lead a Church

Most people reading this might know a thing or two about me. You would know that, historically, I’ve been a fairly introverted guy. I’ve never been comfortable in crowds (which, to me is defined as “more than me and one other person”), meeting new people was always painful, and I usually kept quiet in most social situations. And, to be honest, I preferred it that way.

In one of my most infamous attempts to avoid socializing, back before I was dating my wife, there would be little get-togethers at her house with maybe 15 or 20 people (it was probably only 3 people but it seemed like 20 to me). To get out of having to actually talk to someone, I would literally pretend to fall asleep on the couch. I’m not kidding. Then I would pretend to wake up, get up, and sneak out the door and go home. 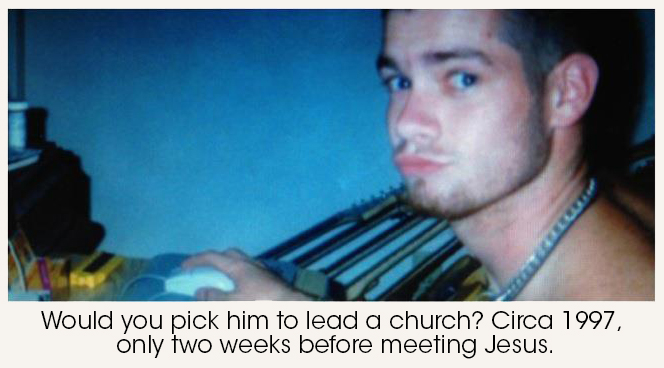 It was bad. And it took me years to work through it. And in all honesty, I’m still not the most comfortable in some of these type situations even now. So all that to say, I was definitely not the poster child for starting a church. I really, truly was probably the worst candidate for it. If not the worst, maybe the oddest, or at least most ironic. If you were one of those kids that got picked last on the kickball team in grade school, you’ll relate with me when I say that even I wouldn’t have picked me.

So you may be thinking, “he’s not really selling me on his ability to lead this church that he started.” Well, you’re absolutely right, actually…I’m not. And I actually don’t really intend to. Rather, what I do want you to see, is that to really live out the abundant, overflowing life that God, and God alone, has designed for you and me, we must first get to a point where we realize, and truly believe, that we are totally incapable. Until that point, you will only ever go through life accomplishing simply what you can accomplish, and that may be a good thing, but it won’t be a God thing.

And trust me, you want the God thing.

So, I hope that you join me as I tell the story of how a shy, introverted, insecure, incapable, behind-the-scenes kind of a guy got roped into the kind of adventure that seems to be more fit for the outgoing, extroverted, confident, talented, center-of-attention kinds of guys.

My main hope in you joining me by reading through these posts is wanting you to see how God is much bigger than you, and I want you to know and to see that I’m just as much, if not more of a knucklehead as you are (yes, you’re a knucklehead…you need to finally admit it), but that God is more than able to do “far more abundantly than all we ask or think,” but only when it is “according to [His] power at work within us!” (Ephesians 3.20).

Here’s the thing, you (or they) may be right in your assessment. Moses really did have a stuttering problem; David really wasn’t invited to the “Let’s-Pick-A-New-King” Party; Timothy really did seem to have a timid personality. But your past, your personality, and your talents (or lack of) can only describe you, but they shouldn’t define you. Are you letting God be the Potter who shapes you, the clay?

What Just Happened?: Something crazy started changing me…